The goal of our research is to explore underlying mechanisms to understand how brains and behavior can be both strikingly flexible and remarkably robust, and how these phenomena simultaneously give rise to widespread similarities and prodigious diversity in animal behavior. We use integrative approaches to address these questions across hierarchical levels of biological organization (from gene networks to neural circuits, to physiology, to behavior) and timescales (from immediate, to developmental, to evolutionary). We believe that fundamental principles governing brains and behavior are most apparent in evolutionary and developmental contexts, and we, therefore, combine lab and field studies to understand variation and adaptation in ecologically relevant behaviors. We take advantage of the remarkable interspecific diversity in behavior, morphology, and life history in charismatic frog species to address these questions.

A fundamental question at the intersection of evolution, behavior, and neuroscience is how existing neural systems are modified to build novel, complex behaviors. Because neural mechanisms implicated in the evolution of social behavior appear to often be "variations on a theme", identification of the central themes governing brain function and evolution across individuals, species, and clades will have important consequences for diverse fields – from evolutionary biology to human health. Specific questions include (1) whether mechanisms involved in feeding and foraging behavior are repeatedly targeted in the evolution of social behavior, (2) whether modulation of the same circuits or distinct circuits facilitate alternative behavioral strategies and decision-making, and (3) how sex-specific behavioral patterns are coded in the brain and the extent to which, and conditions under which, these patterns can be altered or reversed. Current, specific projects in this area include disentangling the neural and hormonal mechanisms of individual variation in parental behavior and exploration of cannibalistic behavior, which is at the intersection of social behavior and nutrient acquisition in both adults and tadpoles.

The relationship between environmentally induced phenotypic differences (i.e. phenotypic plasticity) and genetic divergence is of long-standing theoretical and empirical interest. On the one hand, plasticity may constrain adaptation by allowing successful phenotypes to be attained without genetic change, effectively shielding organisms from selection. In contrast, plasticity may facilitate adaptation, either by increasing immediate survival and allowing time for adaptive divergence, or if non-adaptive plasticity increases the strength of selection in a novel environment. We are leveraging intra- and inter-specific behavioral diversity in closely related poison frogs to understand whether behavior variation between species arises via co-option of mechanisms involved in flexibility within species. Current, specific projects in this area include examination of the causes and consequences of changes in developmental (i.e. metamorphosis) timing across species.

Shared mechanisms may constrain evolutionary trajectories by giving rise to trait correlations (i.e. phenotypic integration) that create trade-offs among linked traits. Due to the highly distinct environmental and behavioral challenges facing adults versus tadpoles and the massive phenotypic changes comprising metamorphosis, poison frogs afford an exciting system in which to explore trait integration within and across developmental stages. Neural traits are particularly interesting in this regard, because of the complex, experience-dependent patterning of brains and behavior. We are interested in understanding (1) correlations among behaviors within developmental stages, (2) correlations among behaviors across metamorphosis, and (3) correlations among behavior and other unique poison frog traits, including warning coloration, toxicity, and immune function. 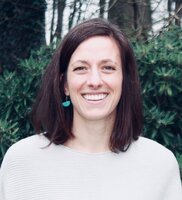